Just before the spring

The next week will be very busy for me. I have to give no more than three talks in three different places. The first talk will present the beautiful and now classical Azuma-Hoeffding concentration inequality. You may take a look at the notes prepared for this talk, in French. Late update : you may also take a look at the notes of my third and last talk (in English).

A random walk on the unitary group

Note that one may start the chain from the eigenvectors matrix of an arbitrary \( {d\times d} \) random matrix \( {X} \) using the unitary Schur decomposition. 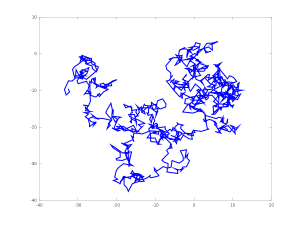