A couple of fast algorithms 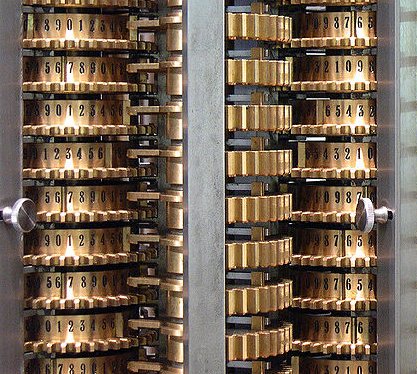 This post is devoted to a couple of simple fast algorithms.

The Horner algorithm. The naive way to evaluate at point \( {z} \) the polynomial

The Horner scheme can be used for the division of polynomials and for roots finding. It runs nowadays in microprocessors and in numerical softwares. William George Horner (1786 – 1837) was a British mathematician. His algorithm was actually already known at least by the Chinese mathematician Zhu Shijie and also by the Italian mathematician Paolo Ruffini.

This requires \( {8} \) multiplications (we neglect the cost of additions). Surprisingly, Mister Volker Strassen suggest to use the following curious alternative scheme:

He has also a nice paper on the existence of probability measures with given marginals. I have a great admiration for his achievements!

I have learnt the Horner scheme in my youth, at school in Algeria, and the Strassen algorithm ten years ago from Terry J. Lyons during a postdoc in the Oxford mathematical institute. Of course one can mix the two for the evaluation of a matrix polynomial.