Random variables and the probstitute 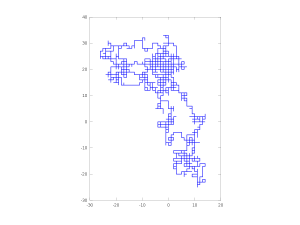 J. L. Doob during an interview with J. L. Snell : While writing my book (Stochastic Processes, Wiley, 1953) I had an argument with Feller. He asserted that everyone said “random variable” and I asserted that everyone said “chance variable”. We obviously had to use the same name in our books, so we decided the issue by a stochastic procedure. That is, we tossed for it and he won. […]. After the book was published in 1953 I thought that the popularity of martingale theory was because of the catchy name “Martingale” just as everyone was intrigued by my proposal (which actually never came to anything, although financing was available) that the University of Illinois should sponsor a probability institute, to be called the “Probstitute”. Of course martingale theory had so many applications in and outside of probability that it had no need of the catchy name.