A cube, a starfish, a thin shell, and the central limit theorem

Star-fish. My next door colleague Olivier Guédon is an expert in high dimensional convex geometry. He likes to picture convex bodies as some sort of starfishs. This habit is motivated by the fact that in high dimension, the extremal points of a convex body can be really far away from the center, further than most of the other points of the boundary. For instance, one may think about the cube \( {\frac{1}{2}[-1,1]^n} \) in \( {\mathbb{R}^n} \) of unit volume, for which the extremal points \( {\frac{1}{2}(\pm 1,\ldots,\pm 1)} \) have length \( {\frac{1}{2}\sqrt{n}} \), which becomes huge in high dimension, while the cube edge length remains equal to \( {1} \). This leads to the natural question of the location of most of the mass of the convex body: is it close to the center or close to the extremal points? An answer is provided by the central limit theorem (probabilistic asymptotic geometric analysis!).

Then, thanks to the central limit theorem, we have

Further reading. You may read the survey Concentration phenomena in high dimensional geometry, by Olivier Guédon (2014). 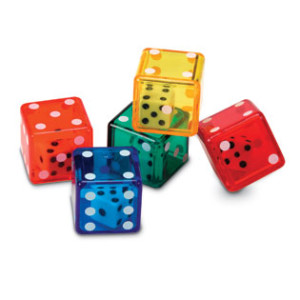 then thanks to the first Borel-Cantelli lemma, we get that \( {{(X_n)}_{n\geq1}} \) converges almost surely to \( {c} \) as \( {n\rightarrow\infty} \). These observations lead naturally to the strange concept of universal convergence, which is a sort of almost sure convergence towards a constant for sequences of distributions!

Thanks to the first Borel-Cantelli lemma, a sufficient condition to get universal convergence is to have

This condition is actually also necessary, since we may construct the \( {{(X_n)}_{n\geq1}} \) independent and use the second Borel-Cantelli lemma.

Who cares? Universal convergence is present in high dimensional phenomena in which a concentration of measure holds around a law of large numbers. This is typically the case for instance in asymptotic geometric analysis, in randomized combinatorial optimization, in random matrix theory, and in statistical physics. For instance, in the semicircle Wigner theorem, thanks to the exponential concentration around their mean for the empirical spectral distribution (coming from Azuma-Hoeffding concentration inequality), we have universal convergence. This means that no matter how we construct the sequence of random matrices, what is important is the law at each step.

How about the law of large numbers itself? It is well known that if \( {{(X_n)}_{n\geq1}} \) are independent centered random variables with bounded fourth moment, then \( {S_n:=\frac{1}{n}(X_1+\cdots+X_n)\rightarrow0} \) as \( {n\rightarrow\infty} \) almost surely. Moreover, the convergence is universal. However, the convergence is no longer universal if we lower too much the moment condition. Still about the law of large numbers, one may also remark that in the Glivenko-Cantelli theorem, the convergence is universal thanks to the Dvoretzky-Kiefer-Wolfowitz concentration inequality.

Note. The term universal was suggested to us by Yan Doumerc. The notion of universal convergence is so natural that it might be present with several other names here and there. Charles Bordenave pointed out that this notion is called complete convergence (abridged into c.c.) in the book of Yukich on Euclidean combinatorial optimization. Jean-René Chazottes pointed out that complete convergence is discussed in the book by Gut on Probability, where it is explained that the concept goes back to Hsu & Robbins, and Erdős (~1947).