From seductive theory to concrete applications

Many mathematicians believe that in concrete numerical applications such as image, sound, and video compression, wavelets have superseded the more classical Fourier transform. This is not really the case, unfortunately, for various reasons, ranging from non competitive implementations to poor standardizations. A symptomatic example is given by the JPEG image format for lossy compression. Our .jpg or .jpeg files are based on the following algorithm: the image is partitioned into square blocs, and on each bloc, a spatial discrete Fourier transform is computed (actually a Discrete Cosine Transform, DCT), a frequency filter is then applied to kill hardly visible frequencies (this is the lossy part), and finally a lossless algorithm (Huffman) is used to compress the result. Regarding sound compression, our .mp3 music files (actually MPEG-1 MPEG-2 audio layer 3) are based on similar ideas. At the end of the past century, a new JPEG format called JPEG2000 was designed, involving an algorithm in which the discrete Fourier transform is replaced by a discrete wavelet transform and in which the lossless final step is performed with more efficient entropic coding. JPEG2000 is not the sole image format based on wavelets, and one can mention the more specialized ECW format for instance. Sadly, JPEG2000 has not reached the expected success, and very few people are using .jp2|.jpx files.

Regarding wavelets for video compression, the situation is not really better. One may read the blog post dated 2010-02-26 by Jason Garrett-Glaser, an x264 developer. Recall that x264 is a free software library used in the VideoLAN projet (VLC media player!) to encode H.264 video streams (MPEG-4 AVC). In particular, he ends his post by saying:

« JPEG2000 is a classic example of wavelet failure: despite having more advanced entropy coding, being designed much later than JPEG, being much more computationally intensive, and having much better PSNR, comparisons have consistently shown it to be visually worse than JPEG at sane filesizes.  By comparison, H.264′s intra coding, when used for still image compression, can beat JPEG by a factor of 2 or more (I’ll make a post on this later).  With the various advancements in DCT intra coding since H.264, I suspect that a state-of-the-art DCT compressor could win by an even larger factor. Despite the promised benefits of wavelets, a wavelet encoder even close to competitive with x264 has yet to be created.  With some tests even showing Dirac losing to Theora in visual comparisons, it’s clear that many problems remain to be solved before wavelets can eliminate the ugliness of block-based transforms once and for all. »

This shows the long path from seductive theory to concrete applications. We will see in the forthcoming decades if the wavelets paradigm will beat optimized Fourier transforms. Data compression is a rapidly evolving and quite active domain lying between applied mathematics, computer science, and information technology. Finally, the described phenomenon is quite common in applied mathematics, and is not specific to wavelets. Other instances are for example Model Selection in Statistics and Compressive Sensing in Information Technology.

Note: Every practitioner knows that comparing algorithms on datasets is a tricky task. You may also read How to cheat on video encoder comparisons, by J. Garrett-Glaser, dated 2010-06-21. 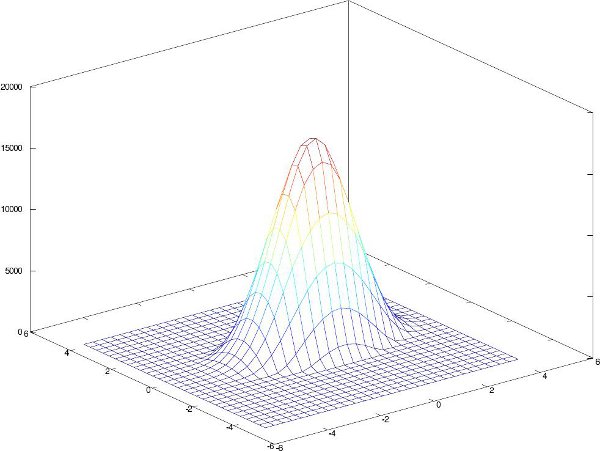 In principle, a mathematician can communicate to the others his own work using solely public free access Internet academic sites (either personal or global). A famous example is the work of the Fields Medalist Grisha Perelman on Thurston’s geometrization conjecture published on arXiv.org. Even if arXiv.org is moderated, it does not provide a peer reviewing process. For historical and sociological reasons, most professional mathematicians publish their results in peer reviewed mathematical journals. Many of these journals are handled by capitalistic companies such as Elsevier, Springer, Taylor and Francis, etc. The aim of these companies is to make profit, and some of them are not willing to make knowledge freely accessible. Basically, the mathematical publications rely on three pillars: science, money, and human comedy:

Many aspects are not specific to mathematics. Ideally, one can imagine the introduction of editorial labels in arXiv.org, attributed by editorial boards to papers at author request and after peer reviewing (these boards may leave completely capitalistic publishers). One can also imagine to make arXiv.org less static by adding on top of it a dynamic collaborative stack-exchange structure such as MathOverflow, allowing the discussion of each paper. These ideas are floating around for a while. Unfortunately, discussing these matters with many colleagues and with the Editors of certain leading journals reveals that the mathematical community is a bit conservative. However, it is remarkable that some few scientific leaders such as the Fields Medalist Tim Gowers are promoting such a revolution.